This term's focus is about 'push and pull forces'.
﻿The year 2 students worked in pairs playing with an assortment of toys. They observed and described the different ways toys moved. Check out some examples:﻿ 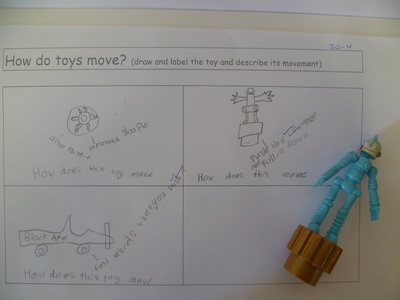 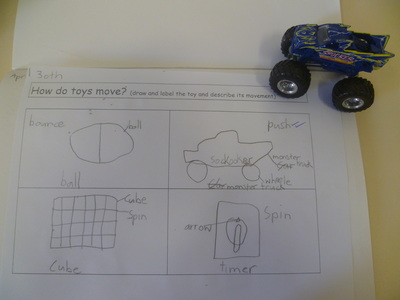 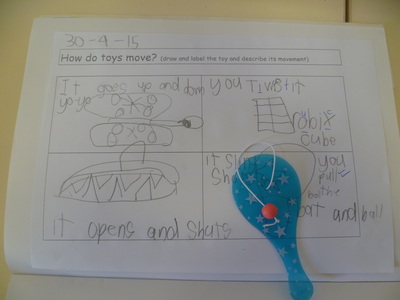 Week 2: The year 2 students sorted objects on the SMARTboard, depending on their force. For example, a tennis ball moves through the air; A boat moves through the water; a bowling ball rolls on the ground. Then, in pairs, they identified and recorded push and pull forces in the classroom. Check out some examples: 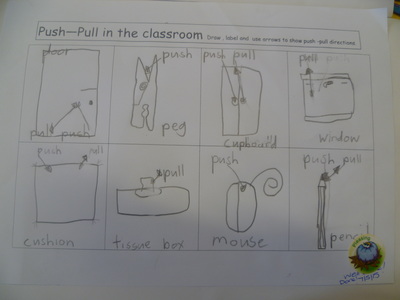 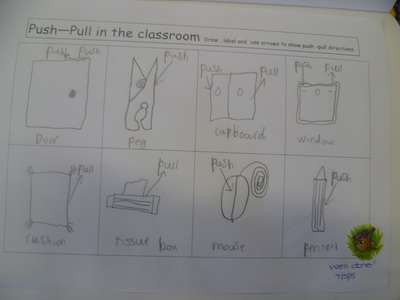 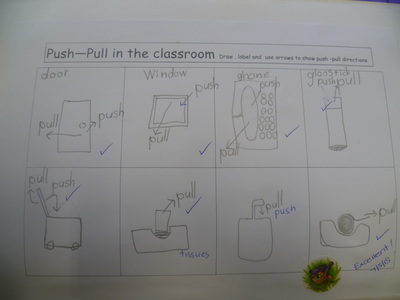 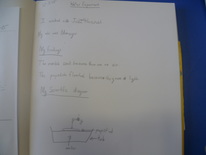 Week 3: The year 2 students investigated how objects move through water.  For example, as a whole class, the students looked at what forces pulls a ball into the water (gravity) and what forces pushed it up (push of water). In groups, students tested a variety of objects and recorded whether an object floats or sinks and why? Check out some examples: 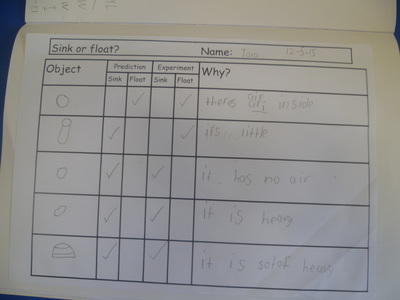 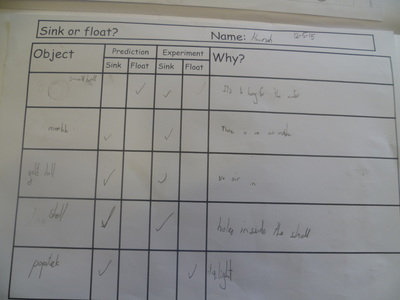 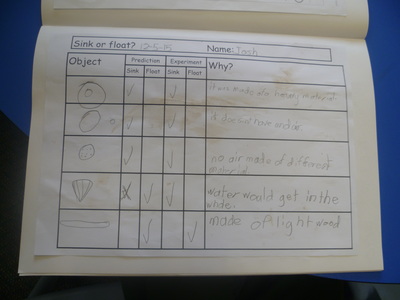 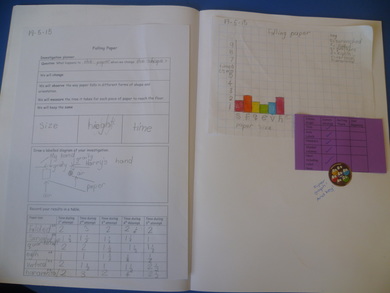 Week 4:
The year 2 students investigated how objects move through air. Firstly, the students looked for air. Most students said, "Air is everywhere." Then I demonstrated how air is found in an empty cup pushed upside down in a tub of water. Wow! Everyone liked that experiment. In pairs, students experimented how different shaped A4 sized papers fell to the ground. What helped them fall? (gravity) What made some fall slower to the ground than others? ( push of air due to larger surface area). Once students experimented with a range of sizes they then graphed their results. 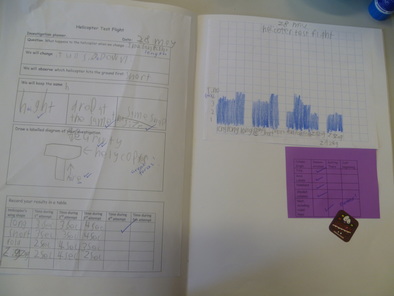 Week 5:
The year 2 students, in pairs,  experimented how paper helicopters, with differing wing sizes, fell to the ground. What helped them fall? (gravity) What made the long winged helicopter fall to the ground slower than the short winged? ( push of air due to larger surface area). Once students experimented with both sizes they then graphed their results. 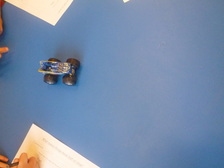 Week 6:
﻿The year 2 students, in pairs, firstly. experimented  and recorded ways to make a toy car go fast and slow. ﻿ 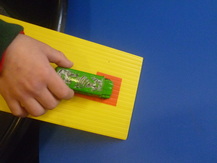 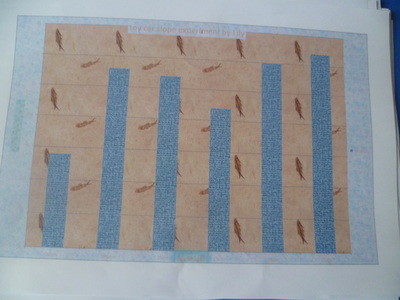 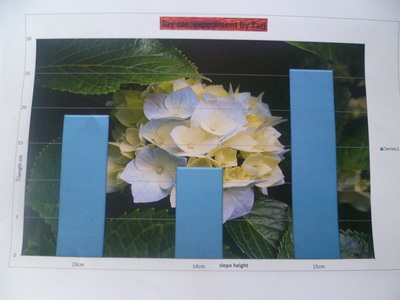 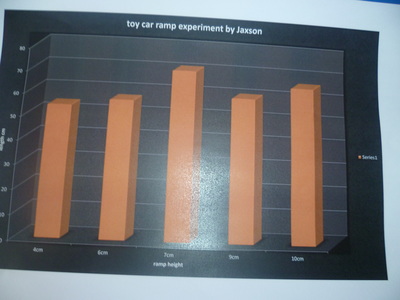 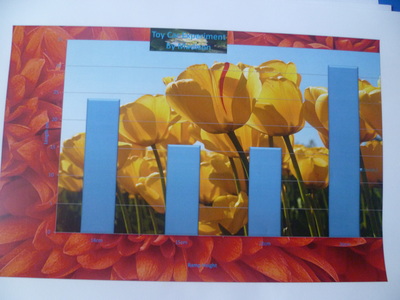 Week 8: The year 2 classes investigated a variety of toys from different countries and how they move eg, lego -  you push to create and it originated from Denmark, boomerang - push to throw in the air and it originated from Australia.  Furthermore, the students investigated traditional Aboriginal games.They created a labelled diagram about the game and role-played the actions to the class. Check out some diagrams:﻿ 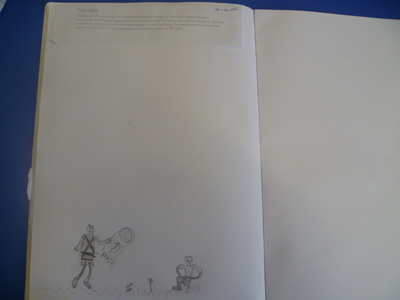 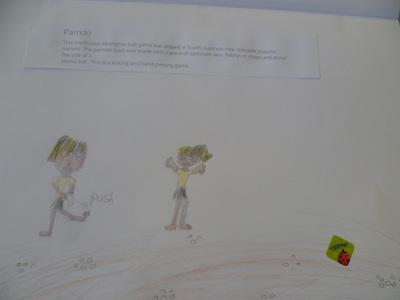 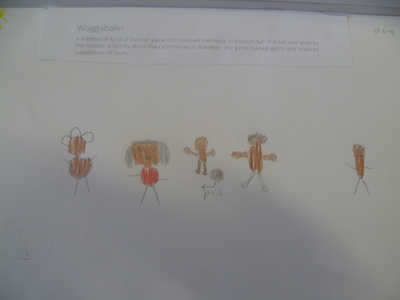 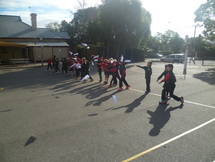